Heat after heat, race after race, Honda’s CRF450R is hooking up riders like never before. If there’s ever a machine that’s given you an almost uncanny holeshot advantage, this is it. And for 2019, we’ve taken this awesome open-classer and made it even better. How? For starters, it’s even lighter. Then there’s an all-new chassis and swingarm, designed to work together for increased traction and cornering. The engine features longer head pipes for better throttle response and top-end pull. New fuel-injection settings spray twice per cycle to better atomize the fuel. And for the first time ever, there’s a special launch-control setting, so it’s easier than ever to grab the holeshot and hang on to your lead. What else is new? Plenty. The 2019 CRF450R—better than ever.

Looking for the ultimate 450? Then check out our new CRF450R Works Edition. You get all the improvements of this year’s bike plus a special hand-ported cylinder head, black DID LT-X rims, an exclusive Yoshimura muffler, titanium nitride-coated lower fork legs and shock shaft, an RK gold chain, special ECU settings, black triple clamps, revalved suspension, a factory-spec gripper seat, and full-on HRC decals. The only thing missing is a factory contract!

We’re talking about a special ECU program here: push the button to select the mode, hold the throttle open, release the clutch, and the CRF250RX will do the rest, launching you into the first turn with a big advantage. It turns your bike into a holeshot-seeking machine!

Kickstarting your bike is so 2016. By ditching the kickstarter entirely, our engineers can make the CRF450R lighter. Electric starters and lithium-ion batteries are so light now and so good that putting them on a bike like this is a win/win combination. And winning is what a CRF450R is all about. 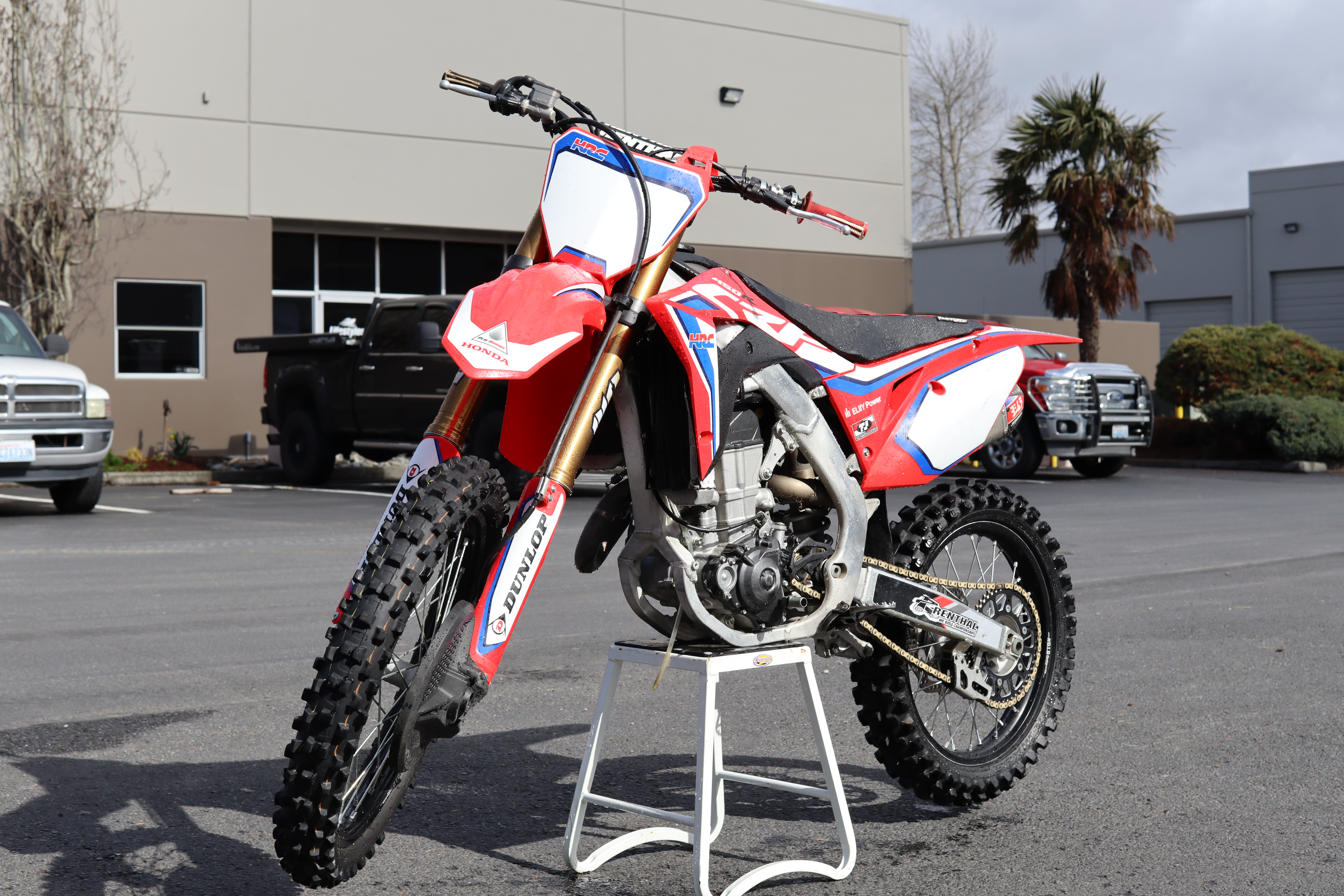