Maybe you’ve seen one on your favorite trails. Maybe you’ve just read the stellar reviews. Or maybe you’ve been lucky enough to drive one for yourself. The Honda Talon 1000X is an excellent choice for anyone who wants to do it all. Every Talon in our lineup—the newest four-seaters and our two-seat Talon 1000X and the Talon 1000R—all share the same powerful, high-output engine, Automatic DCT Transmission, and I-4WD technology. And they all offer the combination of performance and rider comfort you expect from a Honda. The differences between our two-seat models? The Talon 1000X is a little narrower and a little shorter (64 inches wide and an 87.6-inch wheelbase). It also uses a three-link rear suspension, which makes it a natural for owners who prioritize maneuverability and quick handling. Since nobody knows better than you where you like to ride, why not check them out then make your pick. Either way, you really can’t go wrong when you choose a Honda Talon.

Sport side-by-sides need power, and you’re sure to find the Talon 1000X offers plenty of it. The Talon 1000X’s 999cc liquid-cooled inline twin delivers the kind of powerful torque and quick-revving horsepower you’d expect from a flagship sport model, but is equally responsive in lower revs and in the critical midrange too. Set longitudinally in the chassis and managed by Honda’s sophisticated PGM-FI engine-mapping system, it delivers the kind of refinement no other side-by-side can match.

Roller-tip rocker arms in the Talon 1000X’s valve train help reduce engine friction, facilitate higher, faster revs, and contribute to more efficient engine operation and power. They’re another example of Honda refinement you may not see, but that you’ll feel with every ride. 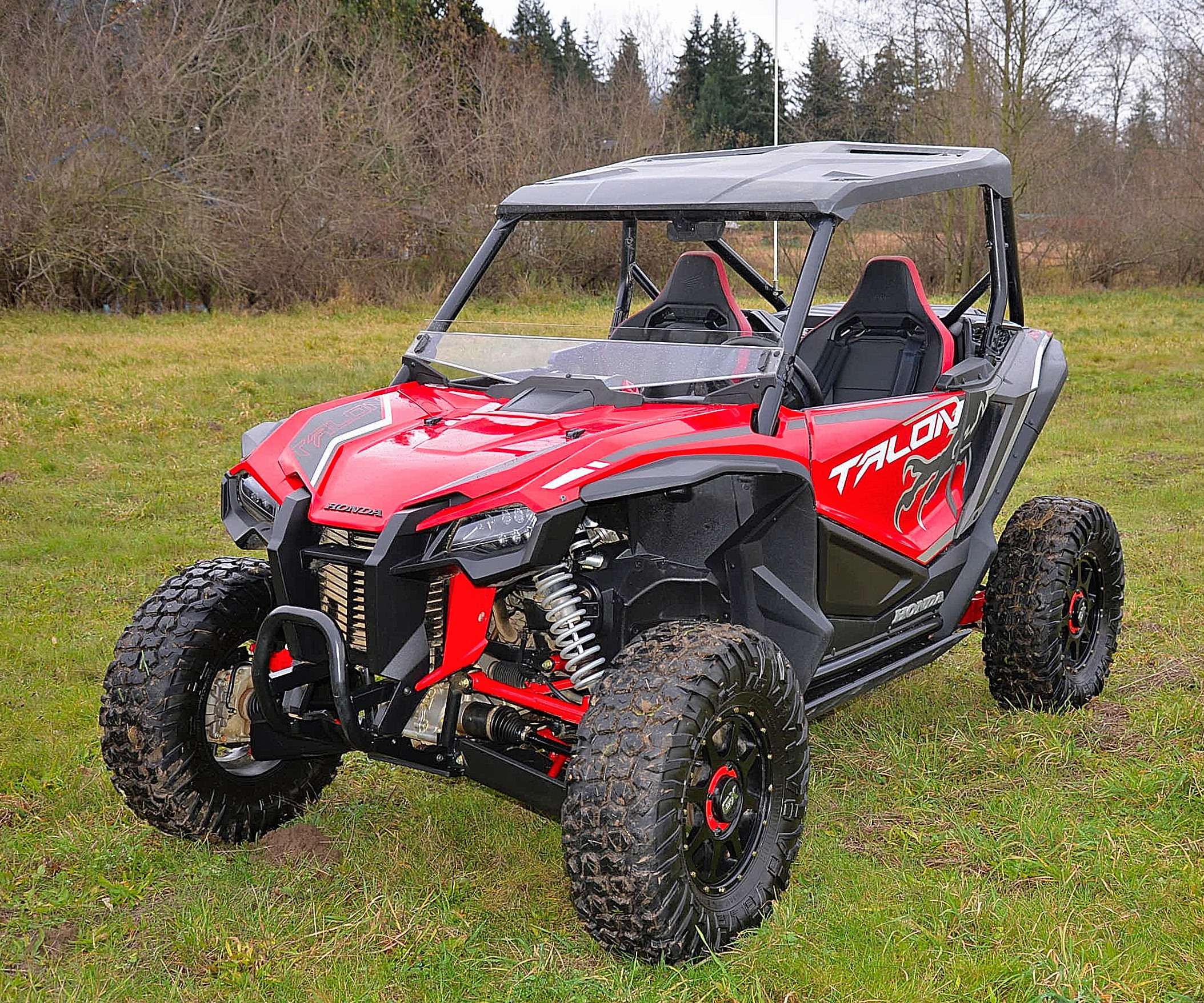